On The Road - Jack Kerouac 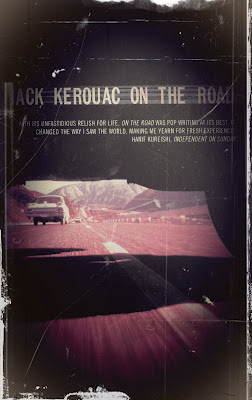 “the only people for me are the mad ones, the ones who are mad to live, mad to talk, mad to be saved, desirous of everything at the same time, the ones who never yawn or say a commonplace thing, but burn, burn, burn like fabulous yellow roman candles exploding like spiders across the stars.”

I hadn't really been all that excited for the film adaptation of On The Road coming out, but the other day I did happen to see the trailer which had the "burn, burn, burn" quote in it, and I just love that quote, it reminded me of how much I enjoyed reading it so I thought i'd pick it up again.

So, I'm sure there's not a lot of people who haven't heard of this book, a lot of people really love it and a lot of people seem to hate just because it's so well known and they like to be a little more esoteric in their favourites choices, I suppose. I however do love this book, it's just exactly what you expect from a road trip novel, its crazy, it's exciting and you can just read it over and over. I also personally love novels from this era, the era where:

"the country was wild and bawling and free with abundance and any kind of freedom for everyone".

As I've said, the book is a road trip novel set during the middle of the 20th century, the basis of which are Kerouac's own travels, written under the character name of Sal Paradise. There are actually four different road trips detailed in the book, taking place from 1947-1950.

The story is a simple one really, Sal Paradise is writing his first novel while living with his aunt. He first takes to the road to go to San Francisco after meeting Dean Moriarty, a character who is idolised by Sal for his freedom and love for life. On the way he makes new friends, revisits old ones, falls in love, and leaves it behind. Sal returns home but leaves again when Dean calls for him at Christmastime, heading to San Francisco again.

"It was three children of the earth trying to decide something in the night and having all the weight of past centuries ballooning in the dark before them."

In the third trip Sal's character has begun to develop, after publishing his first book and having more money, Sal heads to New York, again with Dean, but his sense of indipendance is growing, and he is starting to realise flaws in Deans character and strengthen his own. In the fourth trip Sal, Dean and another friend Stan, head to Mexico. In this part of the novel we really are seeing Dean as more of a flawed character than the glowing idol he was presented as earlier, because his character refuses to change, to "move with the times" as Sal's does. By the end of the novel, Sal has truly grown up, planning on driving to San Francisco once again where he plans to move in with a girlfriend. Dean, in continuing to live the beat lifestyle and refusing to change, leaves Sal abandoning the friendship, and the road, behind him.

"What is that feeling when you're driving away from people and they recede on the plain till you see their specks dispersing? - it's the too-huge world vaulting us, and it's
goodbye. But we lean forward to the next crazy venture beneath the skies."

What's really interesting to me in the novel is that because it was written to be autobiographical, a lot of things (mainly characters names) were changed for publication, and several of the characters are major writers, such as Allen Ginsberg who appears in the novel as Carlo Marx, and William Burroughs who appears as Old Bull Lee, (and if I'm not mistaken I'm sure some of the experiences cross over with Junky). Also the character of Dean Moriarty himself, based on Neal Cassady was a huge influence in the beat generation and appears in influence of many literary characters formed in novels from this time, he is apparently the basis of Randle McMurphy in Kasey's One Flew Over The Cuckoos Nest and is also mentioned in Ginsberg's famous Howl.

I think the main purpose of On The Road really was just to let the youth know what was out there for them. Though Kerouac certainly wasn't the first to publish a book on the beat generation, I think On The Road really is looked at as the centrepiece for the movement now. It's so interesting to read because you see that all these great people whose works you've grown up with, they were all together and they all lived this beautiful transient trip together and we can live it with them because it's been captured so beautifully by these amazing stream of consciousness writers. I have no doubt that countless numbers of teenagers have tried to recreate what happens in this book and it's a reflection on the modern world that it just can't happen any more; we can't just take off and drive into the night to fall in love with everything.

As I've said, I love the book and I'd recommend it to anyone, it's a beautiful, exciting read. 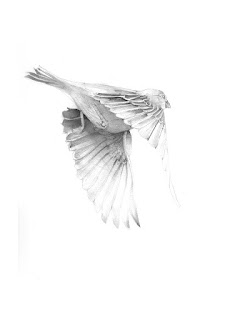 Adding something to the mix...
Some of what I read during reading this:
Guernica - Brand New
Lives - Modest Mouse
I Will Possess Your Heart - Death Cab
Please, Please, Please Let Me Get What I Want - The Smiths
Early Morning Rain - Eva Cassidy
Infinite Arms - Band Of Horses
Blowing At A Wish - As Tall As Lions
Night Terror - Laura Marling
Fork And Knife - Brand New
Blackbird - The Beatles
You Really Got a Hold On Me - The Beatles
All Of Me - Angus And Julia Stone
Trailer Trash - Modest Mouse