The Perks Of Being A Wallflower - Stephen Chbosky

The Perks Of Being A Wallflower is one of those books that's really hyped up at the moment (see: any one of a thousand "I feel infinite" wrist tattoos) but let me tell you that this book is absolutely worth the hype. 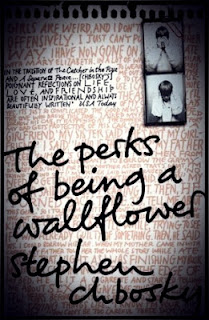 Perks centres around Charlie, a high school freshman who has trouble fitting in. Charlie doesn't really have friends, until he meets brother and sister Patrick and Sam who introduce Charlie into their social group and try to bring him out of his shell. Charlie however, as the title suggests, is the eponymous wallflower and never quite fits it.


"Maybe it’s sad that these are now memories. And maybe it’s not sad."

The book is written as a series of letters from Charlie to a unknown recipient. This person is someone who Charlie has heard stories and rumours about and decided that they were someone he could trust. We never see a response from this person or any acknowledgement to the letters Charlie is writing. I feel Chbosky leaves this person anonymous and never has them respond in any way so that we get more attached to Charlie by assuming he is writing to us as the reader, and because we are so attached we become emotionally invested in Charlie as a character, leaving the ending to hit us all the harder.

"So, this is my life. And I want you to know that I am both happy and sad and I'm still trying to figure out how that could be."

A poignant point of the book is the suicide of one of Charlie's only friends, (pre Sam and Patrick) Michael. Michael shows Charlie a poem before his death which Charlie takes to heart and talks about throughout the book. Though the way "Charlie" writes his letters makes it seem he doesn't understand the poem I think the scene where he reads it aloud and feels a great deal of emotion shows that he did understand and had just buried his realization along with so many other things we are yet to find out. Michaels poem is actually taken from poet Osoanon Nimuss and is entitled Absolutely Nothing which you can read here.


"Then I turned around and walked to my room and closed my door and put my head under my pillow and let the quiet put things where they are supposed to be."

The book deals with all of the issues you'd expect to find in a coming of age novel; drugs, sex, suicide, depression, homosexuality etc, and similarities can defiantly be seen between Perks and Catcher In The Rye. Both have a male protagonist, both have a sister whom they love greatly, both have friendly, influencing relationships with a teacher. I think the only real difference between the two is the that Holden Caulfield shields his vulnerability from the reader, while Charlie cannot hide his. Though I do definitely class Perks as a coming of age novel, It really can appeal to all ages. Last summer I did a "book swap"with my mum where we each agreed to pick out a favourite book and the other would have to read it. She absolutely loved Perks and felt really strongly towards Charlie and his experiences, so even if you're past the "coming of age" age, this book is still very much worth your time.

"Sam tapped her hand on the steering wheel. Patrick held his hand outside the car and made air waves. And I just sat between them. After the song finished, I said something.

Instead of including my own playlist I thought I'd use songs referenced in Perks. 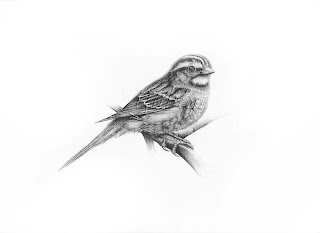