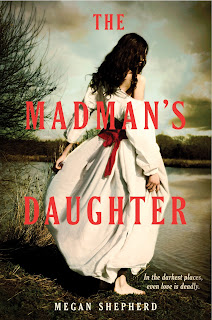 I mentioned a while back that I was interested in reading this book because it is a sort of sequel to H.G. Wells' The Island Of Dr Moreau, which I was reading at the time (see review here). Anyway, turns out this book is pretty tricky to track down for us Brits if we don't want to pay a huge shipping fee, so I downloaded the eBook and an app for my phone to read it on. I wasn't too keen on the idea, I'm one of those "paper books over kindle" types, but surprisingly I only put two bookmarks in this file and finished it in as many sittings, so I guess it was pretty easy to read. I'll try not to reveal anything major about either books should you choose to read them; Wells' should always be heard first hand.

I really enjoyed Wells' original tale of scientific horror and intrigue and I hoped this would be just as good but... I was kind of disappointed. The story centres around Dr. Moreau's daughter who believes him dead. Cast out from society after her fathers public shame surrounding his scientific experiments on animals, the daughter; Juliet, now works in a medical college as a cleaner until one night a professors unwelcome advances are met by a swift injury, causing Juliet to be out of a job.

Fate connects her with old family servant Montgomery, an original from the Wells' tale, though sexed up to fit the new audience. Montgomery admits that Juliet's father is still alive and that he is returning to him presently, a journey Juliet begs to accompany him on to find out the truth about her father. This is where the story kind of looses focus. While on the ship carrying Juliet, Montgomery, his strangely deformed servant and a slew of exotic animals to Moreau's island, the crew come across a dinghy in the ocean. Like the original story, Montgomery gets the man aboard and agrees he must come to the island, seeing as the crew are likely to throw him overboard and there are no other ships. Once on the island Juliet then must confront her feelings which are scattered between the two men.

This is what I didn't like; this story did have potential but I feel the author just flipped it into a love triangle as soon as she could to make it an easier, lower (age) rated book. The horror from the original is all but stripped away and what's left is a teenage love story where the "heroine" is too wrapped up in men to see any danger around her. Even when the "big reveal" comes out at the end, she still lacks depth or any real connectivity with the audience. It just felt like Shepherd was more keen on trying to put her spin on the teen-supernatural-romance craze than creating good characters and well written story. I thought the main relationship in the book would be between Juliet and Moreau but that takes a major back-seat so that romance can be explored. I did like the sense of poetic justice in the end but it didn't really salvage the story for me.

Overall I think I'm feeling like one of those people that sigh at Hunger Games lovers and tell them to look at Battle Royal instead. Just read the original; there isn't any romance, but it's a damn good story which is more than I can say for this.

*sorry it's been so long, but I'm finished with Uni now and should be posting regularly again now that I'm not too stressed out to actually pick up a book.